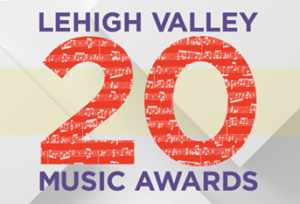 I have always had mixed feelings about these awards and the ceremony that happens annually this time of year. This one was the 20th and the event has pulled itself together remarkably over the years. It was initially the brain-child of a child-brain hippy, held at various bars, banquet halls, theaters, etc. but now is a polished production at the Musikfest Cafe. It’s still in a bar situation though, as I was remembering giving my Life-Time Acheivment Award speech several years ago. Half the crowd was at either end of the venue, chatting it up with friends at the two bars. But, still, it is now a professional event, with videos, live bands, “celebrities” and a roomful of musicians, old friends and music supporters. Good for us all.

This year was a good one for Godfrey Daniels, taking home Best Performance Venue, Best Music Supporter and Best Open Mike. These all reflect the respect that the local music scene appreciates what the club stands for, all the more amazing because it’s not a bar (!!!!) and it is not a industrial-sized complex. These are the awards that I’m really proud of, and they reflect on the hard work that Ramona LaBarre, Dina Hall and the entire Godfrey’s community put in to maintain our excellence. I merely bask in their dedication and sweat.

I am also proud of the many poets, players, artists and creative friends who won individual awards. It’s really hard to find any larger artistic recognition in this Valley and this event helps to celebrate their efforts in our community. Amen. You know who you are.

There was some lousy weather coming in about the same time that things were about to begin, and that tempered my enthusiasm for going. I was only up for a couple of awards and not nominated for several that I had anticipated would have been over the last year. I was aiming for Best Album with my Troubadour CD and it got no mention. I was not nominated for Best Folk, one I have won over the last few years. I was surprised but would not have minded having someone else win it. I also had hoped Lessons from Peter would be nominated for Best Original Song. I felt somewhat miffed about the selection process, grounded in popular votes and not by a panel for merit. Folks don’t get to hear my CD or see me perform since I don’t play the barroom circuit. I remain invisible. So it goes.

I was nominated for Best Web Site, and would have liked to win this one, especially for the great work that my friend Mikc Duck puts in, developing and maintaining a pretty awesome site. You are on it now. It has provided me the chance to keep in touch with my performance base while giving me the chance to become a better writer through this blog. That’s the real value for me. I remain creatively engaged as an artist. Reflect. Reflect. Reflect.

I thought that I should go, just to bump into my fellow musicians. I owe them that much. I truly regret deciding against going. The weather turned out to be less than ferocious. I could have done it. Lesson learned. Sloth and indolence prevailed.

I did win Best Children’s Performer, one that I have, literally “grandfathered” over the last decade. I win it because I am ubiquitous – I’ve been doing it for several generations. And, there are so few of us doing this in the Lehigh Valley. I’ve had the chance to see Kira Willey’s work and she is as professional and fun as I am. She has some great exposure on PBS TV-39, with great production values. It would be nice to have her recognized as such. But, I hang on to these honors, for some internal reason.

I also received the Best College/Community Radio Personality for the 3rd or 4th year running. Again, I remain ambivalent about it, (especially the “personality” part) and share the airwaves with some much more committed radio programmers. I win this one because of my overall presence in the arts scene, and not because of merit. A.J Fritz, Tom Druckenmiller, Steve Capwell, Geoff Chambers, and many others in community radio all put in lots of time and expertise in their on shows. They all have years of being gatekeepers to what is best in creative radio, regardless of genre. Again, I value being recognized.

I came to realize that the cast for Troubadour took home individual honors. Dan DeChellis (piano), Craig Thatcher (acoustic Guitar), Nyke Van Wyk (string instrumentalist) and Kevin Soffera (drums/percussion and studio producer). That’s pretty good company there, and I wish we could have shared in its recognition.

Again, I was a fool for not attending and perhaps my ‘fragile’ ego stood in the way. But, I guess I can blame it on the weather.