Like on Facebook
davefrymusic@juno.com
A folksinger: adult, children’s and family-music performer — arts educator/entrepreneur and good-time rascal, all rolled up in one!
Dave's Virtual Tip Jar

Dave received the Distinguished Service Award from the NJ Governor’s Awards in Arts Education Program in May!

Dave was told: “This award is dedicated to folks with a deep dedication to the work of teaching artistry, and you were an easy choice to receive the honor this year.”

Read Dave’s initial reaction, and his account of the award ceremony. 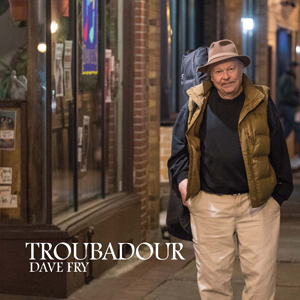 Dave’s concerts feature both traditional and contemporary folk music, spliced together with guitar, mandolin, banjo, wry and spontaneous commentary on American family life, and plenty of participation on everyone’s part. Dave Fry is unique in his ability to entertain all ages, and he builds a sense of community everywhere he performs.

Dave Fry’s work has appeared on PBS nationally, winning best Children’s Programming in PA in 1991 with his RockRoots program. His Play Guitar with Dave Fry, an introduction to acoustic guitar, was released on PBS in 2005 and has been broadcast on over 150 stations. His I Like Peanut Butter CD won Best Re-release from the Children’s Music Web in 1999. Dave has been associated with Young Audiences of New Jersey and Eastern PA for many years, and has been named Master Artist by the state of New Jersey and Teaching Artist by the state of Connecticut, as well. Dave also founded and was Artistic Director of Godfrey Daniels, the nationally recognized folk club, for 25 years.

Dave has been a featured performer at the Philadelphia Folk Festival, Falcon Ridge Folk and Winterhawk Bluegrass festivals, all of Bethlehem’s Musikfests, and has toured Mexico and Germany as well. He has even played the White House lawn. He continues to perform at folk clubs, schools, festivals, preschools and elder-care facilities, and delights in sharing live and lively music.

Some say folk music, some say theater, some dare say rock and roll, but it’s all a part of what Dave does so well – ‘play’ music.
Allentown Symphony Hall, 2009