It was a three-jump day. After my early-morning gym workout and my meditation along the river, I found my battery had died (and my jumper didn’t do the trick). I started walking back home but found a cop in his cruiser not far from my car. He called up AAA for a tow, and I mentioned I didn’t have my phone or my wallet with me (yes, he chastised me like a little boy), but the tow truck came out a half hour later. I actually found some photo ID in my car – my CD – and got it out for the driver. Funny, the driver knew me from an assembly I did at his school years ago. I got a jump and he said drive around to charge up the battery. 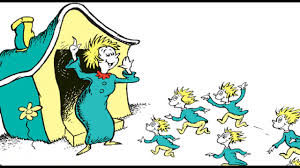 I was scheduled to do a Dr. Seuss day at Marvine at 2 pm and found my battery dead again. My friend Joe gave me a jump and I made it to the gig in time, but I left my car running in the parking lot. I made it back to Godfrey’s thinking the battery would be recharged. It was dead when I got in the car at 4:30 for my St. Peter’s Bakery gig at 7 pm. I called AAA and they got me going again.

I consulted with my friends at Phil’s Auto and we figured it was the battery. I decided to head out for the gig, buy a battery at an Auto Zone and have them put it in for me at the store. I had a half hour to spare to make it all work. 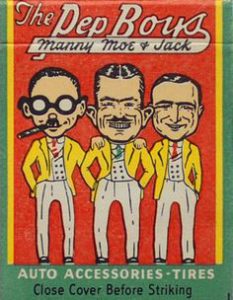 I found a Pep Boys in Pottstown mall area, but the staff said that they wouldn’t be able to put it in until the morning. They weren’t allowed to help me install it. I had no choice so I took the new one out to my car in the parking lot. I was foiled by one frozen nut on one of the terminals, so I went in and said that I was screwed. Thankfully one of the store’s salesmen found a ratchet and I pulled the old one out and tossed the new one in (It’s still kind of loose in there). I cranked it up and made it to the gig with 15 minutes to spare and I started on time, after washing off a lot of road grime from my hands. 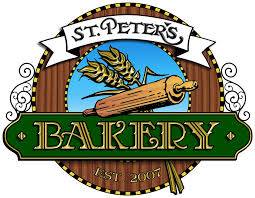 Thankfully it was a slow night at the Bakery, so I settled in and played well. One gentleman stopped on his way out and gave me a thumbs up. He said, “You really should do some John Denver.” I replied, “No, I really don’t have to.” He was somewhat surprised by my answer, but it’s true.

The place emptied out before 9. I packed up, got my stromboli and baguette and my tips. Got in my car, which started right up (!!), and headed back to Bethlehem before the nasty weather began. A long day on the road.