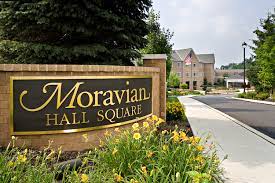 As the gigs start flowing again, I’m getting some elder centers to go along with the farmers’ markets and I enjoy the challenge of trying to connect with the older folks (not that much older, I might add). For the most part, the audience tends to be mostly female, but also seem to be the more outgoing members of the organization; folks who still want to maintain an active lifestyle. As it turns out, they seem to be open to my set of music.

I’m not one to play “the hits” for this age group, and there are those who do it well, but I try to engage them with my stories, my interactions with children, my adult songs and a few sing-alongs that I know. That was the case today.

I was able to mix in Skip To My Lou, Simple Gifts, Yankee Doodle Dandy, Hello Marylou with my standard mix of Giant, July, Vegetable Song and others from my regular folk repertoire.

I mentioned Martin Guitars and my contact said that a gentleman Jack was in the audience who worked there and he had suggested that Moravian Hall bring me in. So, I dusted off Me and Martin Growing Old, one I haven’t done in a long while and managed to pull it off. I’m glad I did it.

The time went smoothly. I was glad I had my small PA with me, and the songs and chat flowed. I ended up with , another one I haven’t played in a while. I also mentioned Ellie Dinsmore who was a resident here over the last 10 years. Folks commented how much they missed her since her fairly recent passing. A nice connection. 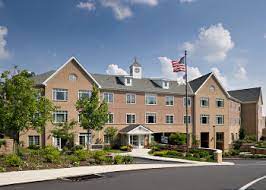 As I was packing up, Jack wheeled up to me and we started to chat. I thanked him for the gig, and asked him what he did at Martin. I was somewhat taken aback when he said, “CEO.” I then remembered him more clearly. He had become a recent resident here having been hit by a car as a pedestrian and having his whole life changed in an instant. Oh, my.

He went on about how I was respected by many folks up at Martin, how my name often came up in conversation, how I was “famous”. This was all quite unexpected and somewhat gratifying, not that I have any delusions of grandeur. We talked about how I was lucky to be able to do what I love and how important Martin Guitar is important in my history. Amen.