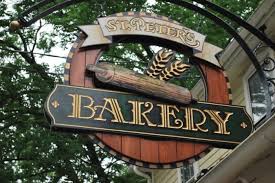 I returned to my semi-regular gig in Saint Peter’s Village at the Bakery for Pizza Night. The clientele is hip and appreciative, and I get to roll through two hours of my music.

Tonight was a particularly chatty night, so I tried not to get in the way of the conversations. That’s okay by me. I haven’t had a whole lot of work over January so I welcomed the chance to exercise my repertoire.

The last hour brought in some listening ears (the cook likes to listen from the rear) so I felt good about my playing. One couple thanked me and then asked for James Taylor – no, Simon and Garfunkel – no, more Beatles – no, and a few more nos followed. I then had to explain that I’m lucky in that I get to play what I want to play. This concept was somewhat foreign to them. Eventually, I got up and gave them my Troubadour CD and said that they wouldn’t recognized any of it. Crank it up, though.

They did say that they appreciated that I wasn’t using an Ipod for lyrics. I told them it puts up a wall between me and the audience.

I finished up at 9 pm, packed up my tips, instruments and a fresh Stromboli and headed back to Bethlehem. It was a good night.