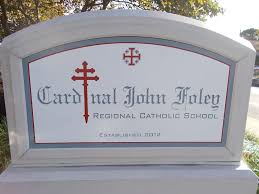 RockRoots wrapped up our annual Catholic Schools Week with two afternoon sets at Cardinal Foley School in Havertown, northwest of Philly near the Main Line. We’ve played here before and we welcomed by Howard, the custodian. I got there early so I had a chance to chat with him and it was great. 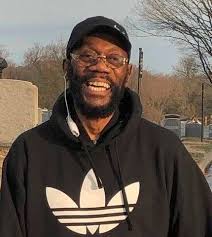 It seems Howard, a black man about my age, said he played drums back in the day – with Lawrence Welk in Chicago  (there’s a story…), as well as many pro gigs in Atlantic City. This guy was no slouch. We talked about his situation in this school, the only male teacher (he’s picked up some classes in shop, etc.) among 47 women. We talked about working with kids and being real / in the present with the students, trying to loosen up the teachers along the way. He introduced jump rope to the school, finding out no one knows about it. One teacher said, “I’ll Google it.” missing the whole point of active learning. Howard could do The Double Dutch! and did it for the kids. I gave him my Playground CD that has jump rope rhymes all over it. What a great connection before the gig even happened. Howard walks the walk. (He’s taking up piano…)

We had two sets for K-5 for about 225 kids and then a 6-8 for about 115 kids (and teachers). Both went very nicely with the usual catholic school respect for us as artists. The older kids are always the toughest (due to our obscure repertoire, for them) but they warmed up and we got several thanks from individuals as they left the gym – always quite surprising! This band really has my back, especially when I have to wrassle with the intros. I used to do them several times a week, but we’re down to several times a semester so I’m never totally confident until I’m in the flow – muscle-memory takes over.

I held my own with the speechifying with a minor glitch during the last RockRoots Rap, where I play Da Fool, doing an old white-guy rapper. It has come to this, my friends. It’s then I really know if they appreciate our sense of humor. Today, they were most forgiving.

It was a great day out on the road. I am out of shape for a double, so back to the gym. But the energy of the band and the kids made the second one easier.

Howard sat in the back for most of the first set and I could see he was taking it all in. Great. It made my day. Eventually, he came up and helped out the kids with My Girl. What a fine gentleman to share a Thursday afternoon with. Thanks, Howard.

Back to Bethlehem for tonight’s Dave’s Night Out!