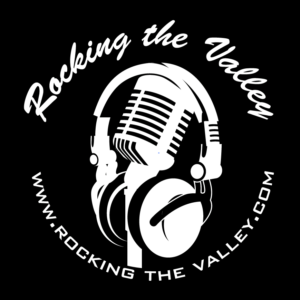 I signed up for Rockin’ The Valley, a web-broadcast show every Tuesday filmed on the second floor of a bar in Catty. I wonder why I do these gigs, and tonight confirmed my suspicions, though it was fun.

There is no audience and minimal sound but a crew of photographers, video dude, emcee and local poet and a scattered group of musicians. I was particularly glad to see that my friend Keith Quelet was on the bill. We have a very nice history together and we got to reflect on that tonight, both on and off the camera. (Is a video device a camera?). This alone made for a good night.

Keith is the musical director at a Bethlehem’s East Hills MS and has unique talents (and fortitude) to deal with this age group. Keith asked me to do a songwriting session with his group a couple of weeks after 9-11. I still remember this incredible challenge to create a song so soon after this epic tragedy. This was an incredible moment for me, as well as for the kids. Amazingly we (yes, we) were able to bring out the emotions we all felt (pain, horror, anger, love, etc.) and put them in an order and reflect on it all. I actually thank them for helping me go through this grieving process. The kids eventually played the song for the whole school later that fall. I really wish I was there.

The host, Steve, interviewed Keith and his work at East Hills. Steve is a chummy guy and is a welcoming host for this weekly show. Still, Keith and myself are so separate from the bar scene that he is still learning how to deal with freaks like us. He is growing with us all.

I followed with my four-song set. I plugged in as they wrapped up Keith’s interview. I was playing through one small speaker aimed at me and one at the empty room. It was pretty strange and it definitely affected my playing. I enjoy being in control of my sound, or in the hands of professionals. It’s how you do it.

I started off in tune! Don’t Call Me Early. I followed with Rosie is a Friend, as I started to fight with my tuning. I began to do edited versions to keep things short, with tuning problems, lousy sound and the “live” aspect of the performance. I was not pleased.

I followed with Lessons from Pete, which I tried to sell with the vocal delivery to disguise the sour tuning on the guitar. I have to think, mid-stream, which strings should I concentrate on with my rhythm chops.

I apologized on stage (something that you should never do) for my corrupt tuning, put things back in order (the D and A were quite rancid), and set up for Pay Bo Diddley. Thankfully I was in tune and the short version off the tune came off better. Still, without a real guitar sound, it came off tinny to my ears. It really does matter sonically what you hear and how you play. Damn.

Tonight was amateur night and a rather  lovable part of the Lehigh Valley’s curious scene. I rarely get to experience this, . On one hand, it is a salute to the folks trying to make an artistic and passionate promotion of our local music, but with a populist, low bar of excellence. Boy, is that hard to say. I had to deal with this for 25 years at Godfrey’s, and what Ramona has to deal with today. It simply has to be very good.

I had to deal with Wild Bill, a self-imagined street poet who was part of this web-cast. He was a persevering presence that dominated the evening off and on stage. Bill is a recovering street person who was ‘gifted’ with rhyme, and persisted driving his power throughout the night, even to following me to my car as I attempted to escape his “show” (there seems to be lots of things that rhyme with ‘show’, don’t cha know).

Anyway, it was a shallow dive into Lehigh Valley’s underground and I hope my performance stays there. But, I got to connect with an old friend, Keith. Positive all around.