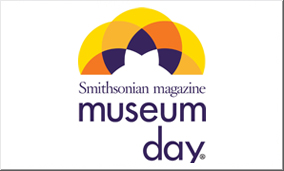 Saturday was Museum Day, a promotion by the Smithsonian to encourage people to go out to there local museum, with discounts, etc. This was part of the effort. 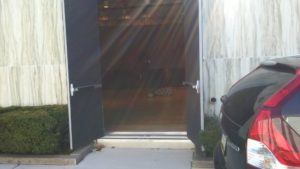 I’ve played this small museum in Trenton with RockRoots, and they wanted us back but members of the band had afternoon gigs. It was a wonderfully smooth drive down with little traffic so I arrived in good time and spirits. The load in was as easy as it gets with the doors opening directly onto the stage. Eric, the sound check and I had a great chat as we set up the minimal mike and DI. And then we waited for folks to show up. At first, there were only five women out on an adventure – go downtown for this show and then lunch. We remarked that food should always be a factor in these things. I was prepared to do my adult material for them. 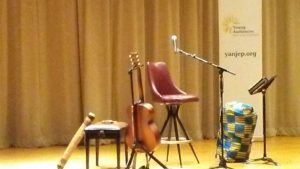 With such a small audience, I decided to bag the sound system and move my chair to the edge of the stage. This tends to work with my hands-on style but also is a dent in the “show” presentation. It worked both ways today.

Right at 11 am, one husband, wife and girl showed up so I was prepared to play to them, and several other moms, dads, elder couples and a few kids appeared so I had to shift my attention to my kids material. It’s a hard line to involve the kids while maintaining my connection with the adults. For the most part, it worked as the kids got up, played instruments and danced spontaneously. That makes for and engaging show.

I tried to mix some Americana sing-alongs with the direct kids’ stuff, trying to appeal to the older folks and the families. Since it’s not really a scripted show,  it felt scattered to me. As I approached the 45 minute span, parents with kids started to drift towards the exit, so I wrapped it up as best I could.

I gave away CDs to the families who stayed, said goodbye to the ladies headed for lunch and thanked Eric for his help. I drove back through thickening traffic back to Bethlehem, fairly whipped from the experience. Times like this I wish I had a “show” that I could roll through like RockRoots.