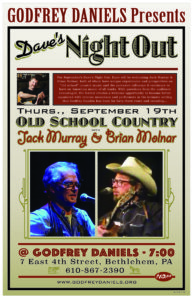 I invited two fine folks for my first Dave’s Night Out of the fall season for an Old School Country evening at Godfrey’s. Per usual, it was sparsely attended, but that doesn’t affect the quality of music, information or communication that goes on. One woman said that it’s like being in one’s living room, and, technically, that’s true.

Jack Murray is a close friend and Brian Molnar is a new one, but I was sure that we could cross our country roots quite well. And we did. Jack knows what I’m trying to do with this format and Brian picked up quickly about the chat/music/audience interaction concept and really came through. 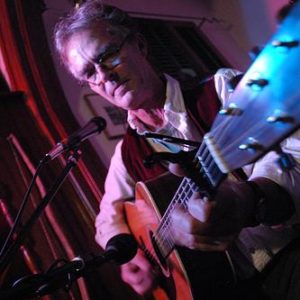 I started off with Wildwood Flower on guitar with Jack chiming in. A good place to begin. Brian did a nice Appalachian Cuckoo’s Nest and we were off. Over the course of the night we shared Jimmie Rodgers, Hank Williams, Willie and Merle, Delmore Brothers, Lefty Frizzell, Dylan’s Nashville Skyline days, cowboy songs and our individual takes on contemporary takes on great country tunes. Bonnie Wren moved up to sing on I’ll Be Your Baby Tonight. 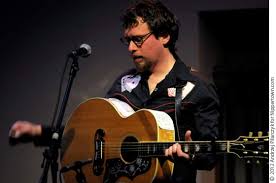 And, as usual, the conversation was crisp, informative and humorous (that’s why I’m here….), and the music was well played, the essence of what this event should be.

I picked out Back in the Saddle Again, I’ll Be Your Baby Tonight, Rodeo Rider, and a solid version of Mother, the Queen of My Heart and noodled on mandolin on some of the others’ tunes. I learned a bunch of country minutiae about spurned wives, arcane business dealings and a general appreciation for the breadth and width of all that is Country Music. (It was hard to play Mother, Queen…. with my friend Dave’s recent passing of his mom while he was right in front of me…. but that’s what country music’s for…). I made a few errors on a few songs (I really should prepare more for these…) but that’s the lure of these extemporaneous evenings. 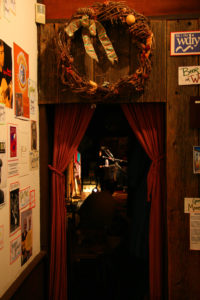 There were obvious mentions of the Ken Burns series going on, as we speak, and, perhaps that, and the early GD season, made for a small audience. But, over all, I’m glad that the PBS series is a cultural presence, is wonderfully produced, and may spark some interest in the Americana music we’ve all been performing for decades. In a way, it is a cultural vindication of what folk music is all about. That’s powerful stuff.

I got to share all of this stuff with a few friends and fellow musicians in my house: Godfrey Daniels.