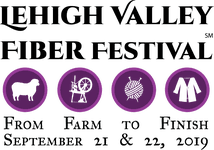 It was starting to get hot as I headed out to Macungie for the LV Fiber Fest, an interesting gathering of woollies, spinners and knitters who celebrate the weaving arts. The folks who book me appreciate my folk approach and hire me with glee annually. Since I had a morning gig, they said it was fine to do a 2 pm – 4 pm set in the park. It was during the waning hours of the weekend festival, so I was glad that could play for them, and they were gracious in letting me play late in the festivities.

I set up in the shade near one of the pavilions under a big old tree, with picnic tables and vendors nearby. Folks would stop by to eat ice cream sundries, sit for a spell as the spouses shopped or as a curiosity. One elder couple set up for the duration – folks who are familiar to me from Musikfest gigs, et al. So I was able to play for them and we had a very nice conversational chat and music exchange. This really made for a enjoyable afternoon for me.

Things were relatively sparse when I played, with women drifting by with bags of yarn, and, as in other similar gigs, I was there for the vendors, as well. A few kids engaged with me with a mom and gave me a chance to work my kids’ material. But, as the day drew to a close, I was feeling fatigue and some hand spasms from the long day.

I was whipped by the end of the day and a Rita’s Gelatti helped heal me for the ride home. I made some good money this weekend, especially in Trenton, but it is hard work. I have Monday off.