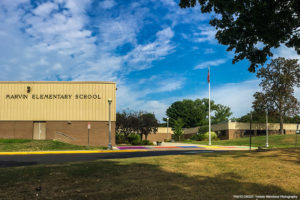 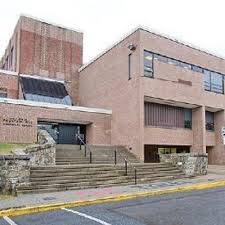 These shows were the culmination of South Side Children’s Festival (Doug Roysdon’s umbrella organization for summer schools) at Marvine (9:30) and Fountain Hill (11:00). Allentown Public Theater (Deirdre Van Walters and Andrea Hunt-Castillo) and Mark and his son Aiden McKenna had worked with separate groups on projects so we got to present a slice of what we did with the parents. It’s part of the effort to broaden the scope of the work into the greater community.

Aiden started out with the K group and their work on Billy Goats Gruff. At Marvine, there were only two kids but they served up some good moments. Fountain Hill had a larger group of kids, and, it the spacious gym, some of the moments got lost. But, still, if your kid is in the production, that’s all that matters. Deirdre and Andrea did a song about what you want to be when you grow up, where each child held up a sign with “cop”, “teacher”, etc. There were quite a few kids at both schools and the process took a long time to get through, and, at Marvine, they stretched it out to include participation prizes, doing the same process into the microphone and ate up a lot of time. I was surprised that theater folks didn’t have a better grip on those production values. But, everyone got their time on stage in front of the parents. That’s okay.

I was to be the grand finale for both shows but I knew I had to be crisper in my production. I had decided on The Cat Came Back (it resonated with the kids over the 6 week session) and go directly into their verses to Down by the Bay. I did an opening verse of The Cat Came Back and let the kids sing the chorus by themselves. That was really effective because they grabbed it and nailed it. I went into Down My the Bay and they all sang wonderfully. At the end, I asked for a Super Star, and that really surprised the audience when they did it. Strong performances on their part.

I wanted to finish with some dancing so, at Marvine, I opened up the scarves and tossed them out to all three groups of kids and did Jimalong Josie. It was a delightful display of color and movement and was a perfect way to bring the show to a close.

At Fountain Hill, one of my kids asked if we could do Little Sally Walker so I took a gamble with the time to invite the teachers and my group of kids up to do it. They all did a great job and it was a great example of the work that the teachers and I did over the summer. I wanted to get out the scarves for a big finale and trusted myself to go a little longer for my set. Again, it was a riot of kids, colors and movement that, I think, captured the energy of the overall project.

There was a moment at the end as I sat packing up in a now deserted gym where I felt exhausted and somewhat hollow after this long project. I had to let go with little but some memories, a general feeling of accomplishment and a nice check in a week or so.