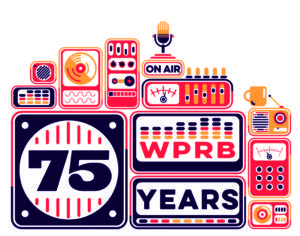 My good friend Frank Glaz sits in for John Weingart for his long-running folk music show “Music You Can’t Hear on the Radio” out of Princeton, NJ. Frank is a Godfrey’s Open Mike alumnus as well as a radio programmer, so when he calls for folk on this show, I answer.

I made the hour and a half trip down to Princeton for my 7:30 slot, getting there relatively early. Frank got me on the air, playing Lessons from Pete from the album and we launched into chat about Godfrey’s, school programming and kids’ albums, some talk about being a cancer survivor and John Gorka.

I played Giants, Don’t Call Me Early, and How Legends are Made during the half hour segment and Frank was a most gracious host. As usual, it passed quickly and I was able to play strong with no mistakes (!!!!) and make complete declarative sentences at the same time.

I have no idea if anyone listens but it’s still worth the time and effort to be part of the great folk scene. I appreciate Frank’s friendship and the opportunity to be on the air. It’s performance of a different ilk and I continue to learn from the experience.