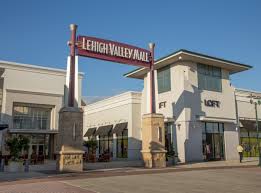 I was asked to do a special half hour set for the LV Music Teachers Playathon at the LV Mall on Saturday. It was hoped that families of piano students as well as the general public would come out to my show, stick around and hear some of the kids do their pieces on some very fine baby grands at three locations in the mall.

This is an association of private instructors and this was a good opportunity for their students to play in public and I applaud their efforts. That’s why I immediately accepted the offer, regardless of the pay a month or so ago. The agenda was spread over two days, from 9:30 am until 5 pm, so it was somewhat exhaustive.

This staging area faced Victoria’s Secret and a vaping store. Perfect for a kids’ show. The local piano provider John Zeiner & Sons provided three great pianos for the event and I applaud him. John does it consistently for many local arts occasions like today. Good on him and his store.

I got set up a little before 1 pm, chatting with a harmonica player who asked if I knew any Tom Petty, Stevie Ray Vaughan, et al, (“no”) followed by the inevitable question, “Well, what do you know?” I saw that coming. It’s really hard to explain what I do to other musicians. So I gave him a download card of my Troubadour CD. That’ll baffle him.

I started early, since there were only a few folks there, including several of the board members, and eventually, several familiar faces showed up. I was working one precocious lad pretty hard (the only kid in the audience at the time) and that was fun (though, he started to get a little too friendly, going for my guitar. There’s alway a certain point with some young boys…). Towards the end, there was one three-year old girl Naomi, who charmed us all by joining in, singing along, clapping, etc. Everyone picked up on her energy, especially the event sponsors.

It was a mall, after all. Folks drifted by, others looked on from up in the second story, some of whom were listening in, reacting and dancing. I made a point of pointing them out. I had a small but responsive audience – grandparents, a few students waiting for their time later on and some curious folks. I was requested to do Baby Shark from some fans, and we did All God’s Critters, Peanut Butter, Down By the Bay, I Wanna Be a Dog, Tutti Tah, Giant and a few others.

Susan, the woman in charge of the event who had initially contacted me, was disappointed in the turnout. She expected that there would be lots of kids, families, students in attendance. I was simply glad that there were people there at all. I am quite aware that I do not have any kind of public draw. I tried to assure her that the culture has changed drastically in the last decade. Families put in their time with their kids, listen to their recital pieces and then split. Folks do not hang out in malls for the community connections. I did thank her for giving all these kids the opportunity to play on a great piano in a public space. That is where she should hang her hat.

I was paid well, and I was glad to support these teachers who make such a difference in budding musician’s lives. 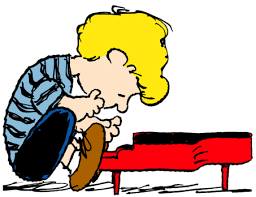 I made a point to say that my musical journey was started with seven years of piano lessons, at the behest of my mother. The process opened up my mind and ears to playing music, becoming aware of the science of the keyboard and provided me some tools that I still use today. I quit lessons in seventh grade (I’m sure I really disappointed my mom) the very week that Mr. Hummel, my classical music teacher, got me a boogie-woogie book. I still kick myself for that decision.

But, here I am, a professional musician.