My friend Mike Dugan got in touch a couple of days ago about the passing of a guitar student of his, Mike Messer, who wanted Mike to play for his services. Dugan’s in Florida now so he put me in contact with Chris Messer, his widow. We lined up for the memorial service today at a local Catholic church in Center Valley and a reception at Saucon Valley Country Club later on. Mike M. requested  Knockin’ on Heaven’s Door to open the ceremony. I was familiar with Dylan’s song but found out that the more popular version is that of Guns and Roses, complete with Axl’s rather piercing falsetto. 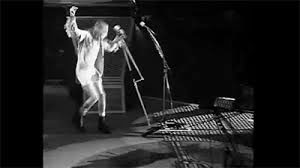 I enjoy the challenge of working up my version so I melded a nice arrangement with a more aggressive guitar take than the Dylan one, copping the rather beautiful guitar riff in the beginning and foregoing the Axl screaming. I had several days to work it out and even tried it out for my son Jaimie and his girlfriend Chelsy on Christmas Day in my apartment. I was in good shape.

I arrived at the church and tuned up in the rear of the sanctuary. The church’s musical director came over and was unaware that I was going to play. He reminded me that only sacred music was to be played for the service. It took me back a bit, so I said that I understood, but I was asked to start off the service with the song. After some backstage to and fro, they agreed that if I played the song before the sacred stuff, it would be alright. Phew.

So, at 10:55, I headed up to the front of the church, and said, “Peace to you all,” and started the song. I played it strong and encouraged folks to sing along. Not many did, but that was a function of the occasion: the presence in a Catholic church and a general cultural reticence. (Later on, Chris M. said she wished I could have played during the whole service.) I played a shorter version than I had anticipated due to the limited reaction and returned to my seat in the rear.

The ceremony commenced and I stayed for the homily, where the deacon said that Mike M. would have loved to be up with me on the Dylan song. So, someone recognized it as a Dylan tune. Let’s hear it for us old guys!

I left early to set up at the country club. I brought my small system in and found a place in a corner. As folks started filing in after the church service, I started in playing some tunes that I thought might be rockier than my usual folk material. Seems it didn’t matter a whole lot. During the next hour and a half, several folks came up to thank me for my music, including Mike’s mother, who was seated at the table in front of me. I had a chance to chat with her (before I was told she was Mike’s mom) and we made a nice connection. She liked Heaven, and said that it was spot on and that I sang from my heart. Others came over to talk about Mike’s love of guitar, some Lehigh connections. Curiously, there were several late teens there (Mike left a teenage son), one of whom came over to ask if I was the guy who played The Cat Came Back (this is some deep stuff….). Several others also complimented my music. That’s cool and unexpected.

I was glad that the relatives put together a sound track of all the Clapton, Journey, etc. stuff that I could never had covered, the music that Mike M. loved. I got me off the hook to play what I thought would be appropriate (and what I know). I reprised Heaven for my last song, as folks were wrapping up their goodbyes. It was a good coda. I packed up and headed home.

I am particularly pleased to have my musical skills used in times of joy, grief, celebration and for just good ole times. I also like the fact that I can pick up a new song, work it into shape and perform it in a meaningful way on short notice.  Someday I’ll list all the strange covers I’ve done: I Am Woman, The Australian National Anthem, and a Guns and Roses/Bob Dylan cover song, too.