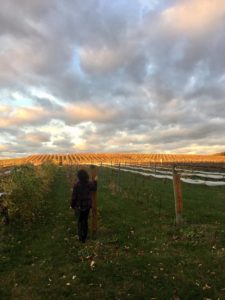 I finally had my first winery gig tonight, having booked it a year ago. The Hackett Winery is situated in the hills of New Tripoli northwest of Allentown. It was supposed to be outside, with a food truck close by. But, as I drove up from Bethlehem, it started to rain with temperatures in the 50’s.

Bob and Carol welcomed me inside the barn where they have a rustic bar set up and we decided I should play in there unplugged. There was some netting up on the open garage door so it remained pretty brisk though dry. The food truck was running its generator outside so it was less than ideal. 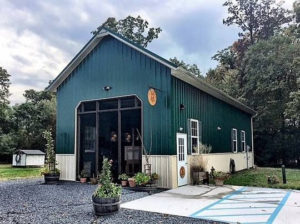 Things are understandably slow in weather like this, but still, I played for most of the three hours as people drifted in and out. Folks like the music though I got the standard, “Do you know any Eagles?” I said no, and I got the look of disbelief – how could I not know any Eagles? 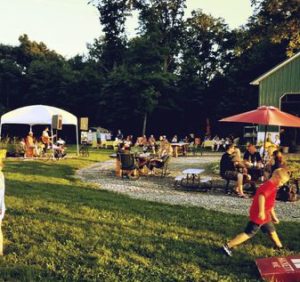 The owners were pleasant and paid me my fee. I thanked them and said I was sorry that I couldn’t draw more people, but that’s part of the winery biz. I said I hoped we could do it next year with a nice full crowd of families, couples, kids and dogs.