Having completed most recording and mixing of the Troubadour CD, Kevin and I decided to record a “secret” cut that will end the set list. Since everything else is pretty thickly produced, I thought a very simple guitar, vocal and body percussion tune would be a way to give a nod to the folkie origins of 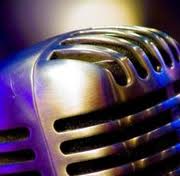 the album. I’ve been doing Sally Rogers’ We Are Welcomed over the last few months and its a simple and direct folk song – one that is wonderfully positive.

Kevin set up mikes in the open part of his basement, no baffling and quite alive. As I played guitar and sang, Kevin clapped and stomped away across from me. We did a couple live takes and repaired to the studio to see what we got.

Kevin has the software to correct my pitch, and, unfortunately, I need it. But, it’s a great tool for my music, especially if I have to live with the final project. We tweaked away a came up with a nice version of the song. Sally and Claudia are coming on Saturday and will share with them the good news.

Off to Marvine for my first songwriting session with a fifth grade class.