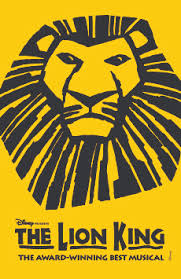 This was my first session for SouthSide Children’s Festival with a fifth grade class. I’ve tried an earlier version that was really scattered (6 young rambunctious boys), and the teacher warned me that these kids were particularly “chatty”.

We are supposed to do an opening set for the school’s Lion King production at the end of the month so I landed on the idea to write our version of We Gave Names to the Animals with animals from the show. It turned out to be quite a good idea in the moment.

I warmed them up with my usual tools – Peanut Butter, Tutti Tah, etc. and we launched into writing some verses.

I saw an animal in the rain forest canopy,

I think I’ll call this animal a monkey. (not too bad…)

I saw a wild dog loose in the savanna,

A savage predator with a gangsta bandana.

It likes to hula and do the macarena,

I think I’ll call this animal an hyena.

We figured out that we still have Lion, Red Baboon, Meerkat, Warthog, Wildebeest left over so I have the project set up for the next few meetings.

These kids were great to work with, and, though chatty, quite easy to work with from the get-go. A great session.