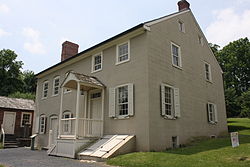 I’ve played Burnside Plantation for many, many years, going back to my friend Gertie Fox’s introduction of this special place before there was nothing a beat-up old house down a dirt road. There were a couple of years when I wasn’t invited to play here, but this year I got to play the Blueberry Festival in the summer and this relatively new Apple Days in the fall. Not a high-paying gig, but I’m not picky. I’d rather work. 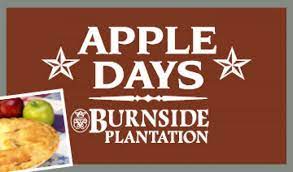 Since they have prohibited vehicles on site, I hiked in from a near-by parking lot with my guitar and a box of CDs. I played at the Brewery Stage further up the hill, and I had a 11:45 set following my friend Nick Franclik to an empty tent (save for the five or six volunteers). Over the course of the next hour and a half, I played to some young families, a few older folks (including a couple with links to my Lehigh days over 50 years ago!), and assorted others. 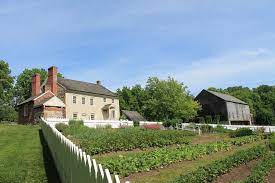 I made a point of striking up conversations about peanut butter, dogs, etc. and succeeded in drawing the audience in and drawing out the set to fit the time given to me. I played well with little cramping up in my left hand, I did well with the lyrics, for the most part (I did repeat a couple verses), and was able to engage the crowd with a mix of kids and adult material. Of course, the couple of toddler girls that approached the stage and danced worked wonders in giving the audience something to look at other than the old guy on stage.

It was another perfect weather day, and though it wasn’t particularly crowded, I thought I did a really good job entertaining the folks. I opened the envelop with the check and it had my old Madison, CT address on it, going back 16 years. Sheesh.