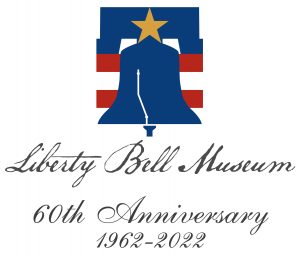 The festivities of the 60th Anniversary of the Liberty Bell Museum were moved inside the beautiful Zion Reformed UCC Church in Allentown on Sunday, and, frankly, it was a gorgeous place to perform. It was 10 years ago I got to premier my song The Ballad of the Jubilee Bell in this space, and I was delighted to have a chance to reprise the song again. 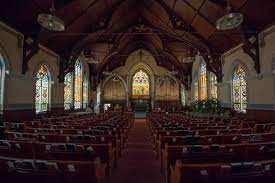 There were lots of speakers, a high school band and a wonderful singer on hand to celebrate the occasion. I was asked to perform the song along with two others during the session. I set up on the side of the nave without sound, but that was no big thing. I enjoy opening up and playing to this marvelous space.

Rev. Josh introduced me by referring to my playing for his elementary school years ago. I played The Ballad of the Jubilee Bell full throat, and was glad I had spent some time rehearsing it as well as running by some friends the day before. I was able to enunciate all the big words, and guide myself through the phrasing. I did well.

I was asked to do a sing-along mid-ceremony and, a few days ago, stumbled over an obvious choice If I Had a Hammer, a song I have never had the chance to learn and perform before, in spite of it’s deep history as a folk standard. I had worked it up over the last few days into a rollicking sing-along, though folks didn’t really sing along. I had assumed that folks would know it, but perhaps it has drifted into the foggy folkie past. It went well, though. 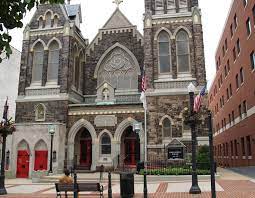 I was tasked to play a recessional, and, being no stranger to having folks leave while I was playing, I finished with We Are Welcomed. My job was done here.

The Liberty Bell (formerly known at the Jubilee Bell) was hidden under the floor planks of this church during the Revolution when it was learned that the British were going to take all the bells in Philly and melt them down for cannons and cannon balls. Ironically, it had to remain a secret due to a large Tory presence in Northampton Towne (pre-Allentown).

Here’s the You Tube version from two years ago. https://youtu.be/5AwBWmOJSZ0

It was a pleasure and an honor to be part of this celebration, and I was reminded that I had written a very good and moving song, one I don’t get to perform very often. I guess I am a songwriter.