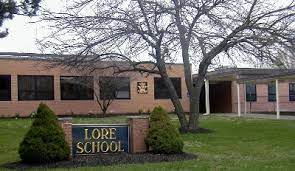 This YANJ has been on the calendar for months and I’ve had lingering concerns about it, since it was booked as a virtual “Zoom” concert for about 500 kids and teachers. I have had very, very few of these over the last two years and my confidence was somewhat lacking. I also distrust the technology platforms, and the school wanted a new one for this one: Google Meet.

I did several stabs at learning the platform this weekend, and it seemed similar to Zoom, et al, so I plunged ahead, set things up in my kitchen on Tuesday with camera, computer, lighting, banjo, mandolin and guitar. The sound check was set for 9 am today with the principal and it went well. We decided that I would use a vocal mike to help the situation and that was a good move.

We had told the teachers to expect the kids to get up and dance across the separate classrooms. This is a big school so there were about 400 K – 4th graders going to be in the “audience”.

A 9:30 show-time rolled around, the individual classes started showing up, and the teachers were encouraged to show the classrooms on the grid. That turned out to be a great feature for me, and I had some visual feedback on how the kids were reacting. They were all responding and gave me a boost.

I rolled through I Like Peanut Butter, The New Cat Came Back (with acknowledgement of racist beginnings), Down By The Bay (mandolin), A Place In The Choir (banjo, with “All The World’s Critters” thrown in), and Giant, We Gave Names to the Animals and All Around The Kitchen as a dance fest at the end. It was a crisp 45 minute set.

The principal said that it was the best assembly they’ve had and hoped that the school will bring me in for a live assembly next year.

It was a taxing effort on my part, and I pulled it off well, with no errors (surprise, surprise, with such a lay-off), and I used all of my virtual performance skills in engaging the kids, acknowledging them, encouraging them, hamming it up, all through that little white light in the camera. It’s not easy.

I find myself exhausted, even eight hours later, but feeling good that I nailed this opportunity to reach hundreds of kids and teachers without having to put in three hours of driving to and from NJ. It should be a healthy paycheck as well. A good day on the planet.

I had replace my car battery later though, and my hands show the wear and tear of physical labor.