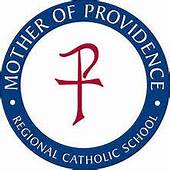 This is the third RockRoots in Catholic schools this spring, and it’s good to back in the saddle again. Mother of Providence School is in Warrington, PA, not far from our school gig on Wednesday and about an hour and a quarter down the Blue Route (476) into the burbs outside Philly. We set up again in the gym on an increasingly hot Friday afternoon.

I’m finally feeling secure and confident in my handling of the show, with two gigs under my belt with lessons learned. This was a full house of about 270 K – 8th graders and teachers.

Early on in the show when we do the Folk Dance segment, I always ask if someone takes Irish step dancing and, often, especially in catholic schools, some one steps up, so to speak. After some prodding, an eighth grade red-headed girl was volunteered by her teacher and she really delivered to the delight of the whole school. When this happens, the entire audience hops on our side.

When we do Blue Suede Shoes, I pick on the teachers to get up and “Go, Cat, Go”, another way to prod the audience and have the teachers loosen up for the kids. Once the teachers are up, we get the kids to get up too, and it’s the first actively dance moment for the entire group. I noticed two men who didn’t initially get up, so, as I’ll often do, stop the show and spotlight the teachers who aren’t participating. Invariably, the teachers do it, to the delight of the students. This time, one gentleman, immaculately dressed refused to join in and leaned on him to no avail. As I found out after the show, he was the major donor for this assembly. Again, I amaze myself with my ability to amplify my ignorance.

We rolled through the show today, with kids and teachers up and dancing for the last ten minutes – Beatles, Disco and Rock and Roll Music. As we packed up, several teachers came up and thanked us for the show.

As I drove home in Friday afternoon traffic, I was walloped with several torrential downpours and by the time I eventually landed on Fourth Street, I was whipped. As much as I love the travel, the whole process makes for a long and exhausting day.

I figured one thing I’ve missed, though, with the long commutes to gigs, is the chance to take in a whole album of music. Today, in spite of the traffic and weather, I was able to fully digest a new album from my friend Geoff Bartley and unpack some beautiful moments in his new CD Eyes on the Road (an apt title if ever there was one for this trip). He made the hassle all worth while.