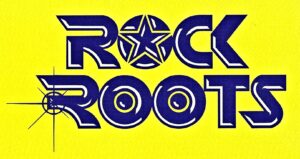 We’ve done this North Philly day camp a couple of years ago and it was a little tough for us since we did our straight historical show for a fairly young and black camp group. A lot of the show went over their heads so I was glad that they asked us back and asked us to vary up the show a little. We did a library show in Jersey a month ago and I got to try out this “new” show back then and it worked out well. Today was the situation that I had planned for back then.

Actually, the kids got up and danced from the get-go and we didn’t have a problem when we stuck to the basic “roots” portion of the show early on.  I stuck in Names to the Animals after the swing era. It was a good break and re-engaged the kids nicely. We did the early R&R stuff, did I Like Peanut Butter, followed with My Girl. Another break with Giants and finished with a great version of All Around the Kitchen with everybody up and dancing, with some of the counselors showing off some nice moves. (One older woman came up and did “Smooth” which the kids and the band thought was really good. She knocked it out of the park.)

We were lucky to miss the heavy rains later in the day, and the camp and counselors had a great time. Sometimes I worry too much. It was a long haul down and back on a very humid day. I’m beat.