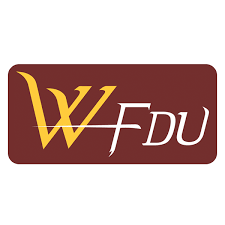 It was Radio Day on my calendar on Sunday. I did Sunday Folk on WDIY (almost a perfect show, but….) and then headed directly for a 3 pm interview with Ron Olesko on his weekly three hour Traditions show on WFDU from Teaneck, NJ. He’s a well respected folk programmer on the circuit, helps run a local, struggling folk venue The Hurdy Gurdy and we have recently become friends and colleagues in the biz.

I put in a large effort to put together a “Cowboy” show for Sunday Folk, with TV western themes along with some favorite cowboy songs from my collection. It was a good one and raised some ears on Facebook.

I headed out for Teaneck, an hour and a half drive from Bethlehem and got there with about 20 minutes to spare for the 3 pm show. Ron herded me into the second floor studio and we settled in. I was fortunate that he is familiar with my various adventures by way of FB, and he particularly appreciates the Troubadour CD. Several times during the show, he said how it grabbed his attention as not just another folk album. I was glad that we had a good 45 minutes for our session so we could chat about a lot of things, including recording the CD. 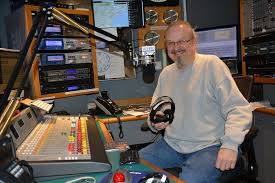 He started off with Ten Men by David Mallett and he said it made him think Tom Waits. That’s pretty cool, but I said that I had to channel my performance chops in recording it. I did Don’t Call Me Early live in the studio, and I had a couple of rough vocal spots, still somewhat in my NJ drive mode with no warm up. After that, things were okay.

I talked about being a Teaching Artist, doing kids music. I followed with a live version of Giants by Kent Aldrich and I decided to skip the Thunder Tubes and go directly to the strong lyrics and presentation of the song. We talked some more about performing other people’s music, seeing them perform at Godfrey’s, John Gorka, scrapple, and more. That led into John Gorka’s How Legends are Made. There’s a Rt. 22 here in Jersey as well, so I’m sure in connected with Ron’s audience. I played this one well.

We went on about the Troubadour CD and finished the session with Lessons from Pete from the album. It was a strong way to finish of the radio show. We talked about what we have in common, folk radio shows and folk clubs (Godfrey’s and The Hurdy Gurdy).

I was lucky to be able to do a fairly in-depth interview with Ron and I thanked him for the opportunity. I don’t really count myself among the touring pro, but Ron treated be with the same respect and that counts for a lot, in my book.

Ron is interested in pursuing a 24-hour online folk radio station and I said I’d give it some thought. The Live from Godfrey Daniels show would be great but runs into copyright problems. Dave’s Night Out might work well, too. We are in touch about trying to make something work.

I got back to Godfrey’s about 6 pm, fairly beat but glad to have spent some time on both sides of the folk radio microphone.