Our fourth RockRoots show for Catholic Schools’ Week was on Friday morning in Havertown, PA. We had a frigid drive (2 degrees) but smooth sailing. We set up in the basement gymnasium for about 250 K – 8th graders and 20 teachers. 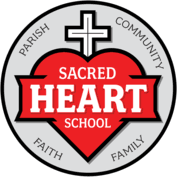 As usual, with parochial schools, the kids are quite respectful and attentive and it makes for good shows. Today was no different. When we did the jigs, two girls came up and did some really fine tandem moves, and it set us up nicely for the rest of the set.

There was a superb moment as we finished up the show, with kids dancing to Rock and Roll Music. One kindergarten boy had been up dancing towards the end and he had some great moves while being entirely unselfconscious. As we did the RockRoots Rap, I motioned to the band to keep going while I reached out to the kid to come up on stage with me. As I was doing my rap thang, he just took the spotlight and the entire school exploded in joy. At the end, I gave him my one remaining pair of red shades as an award. The moment was remarkable.

The teachers said it was the best assembly they ever had and hope to bring us back again.

I did have one brain-drop, forgetting the Beach Boys/Wipeout tune, but afterwards, talking with the band, it wasn’t particularly missed, though Wayne lives for that moment in the set. Thank goodness, we are pros and we roll with my punchiness.

Back home before noon. Time to gather myself for tomorrow’s Troubadour concert.