I picked up a nice gig with Young Audiences for an opener for a family concert on the lawn of a nice New Jersey town near Bordentown. The summer series is based on a kids’ performer opening for a musical act in the middle of town. Tonight featured the local high school jazz band and vocal ensemble. 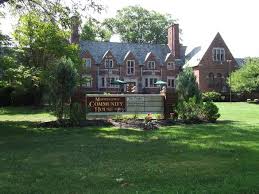 I got there in plenty of time and set up off to the side under a nicely shaded section of the spacious lawn. This was the first show of the season and they had moved the kids’ section up a half hour to 6 pm. Only a few families spread out some blankets and I began a little early. The sound system helped spread the music out across the lawn and I began to engage the few folks who settled in. I picked up some rapport with them and took it from there.

The Ice Cream truck also helped bring some folks in, though singing and playing my instruments was somewhat compromised with the frozen sugar treats. I only had a 40 minute set, which was fine by me and wrapped it up in time for the high school kids to get started.

I was surprised by the sponsors of the event who loved what I did and want to bring me back next year. Well, all right!