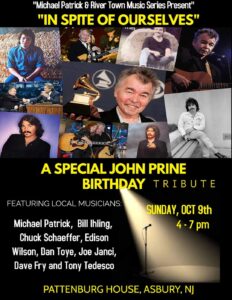 A new friend Mike Patrick invited me to take part in a John Prine Tribute at The Pattenburg House from 4 to 7 pm on Sunday afternoon, along with a string of other acoustic players. I jumped at the chance to go play for some new folks in NJ, and the trip to Asbury, NJ is a mere half hour away. My friends Joe Janci and Bill Ihling were signed up, so I would know a few folks.

I said I’d be a little late, since I had to do a Steppin’ Out! rehearsal earlier that afternoon (and after the Saucon Valley FM gig), so I got there about 45 minutes late. The host Mike Patrick was on stage when I arrived, and, unfortunately, I missed Joe and Bill. I regret not being able to support their sets. 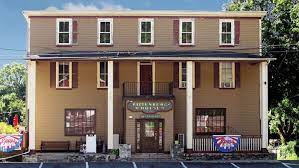 Bill said he was the sacrificial opener, but benefited from having a quiet, listening audience (before folks got liquored up). I got to absorb the situation while Mike was doing his set – take in the bar, the audience, Mike’s bar room talents. He’s obviously at home on this stage and with this audience though I still feel uncomfortable with players and their I-pads on stage. Even though, in situations like this where you might be covering relatively unfamiliar songs when the I-pad is useful, that device separates one from your main obligation to interact with the audience. Flipping through lyrics gets to me, luddite that I am.

Various other guys came up to cover John Prine’s great repertoire and it was great to hear the audience singing along with many of these songs. A very friendly and supported group of folks. John’s songs are truly American poetry of the finest kind.

Eventually, it was my turn to do the last set before everyone would come up and sing Paradise. I had only two Prine songs to offer – I didn’t want to do a new one cold – so I started with Frying Pan, a quick, bluegrassy tune with three verses, one I used to do with The Sheiks. I decided to follow with Far From Me, a rather heavy break-up song that I’ve been doing recently. I picked it up again after the breakup of my marriage eleven years ago, and it hits close to home and is easy to perform with heart. I could feel the audience react to the power of this song, and I was able to quiet the barroom with this song. That felt good. 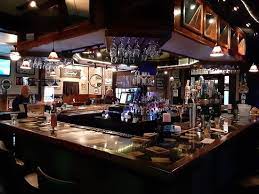 I was allowed to do a couple more songs. I did Lessons from Pete, and screwed up the order of the 3rd and 4th verses (it’s always something…) but otherwise played it well. I then did Pay BoDiddley and invited one fellow who was up on stage earlier to play some lead acoustic guitar. He was a little confused (especially with a one chord song), but played well and gave me a little breather from the spotlight. I thanked folks and Mike for the opportunity to play in a new situation and got off stage.

The Paradise finale was scattered but spirited, as it should be. Afterwards, I chatted with some folks, including a fan of Live From Godfrey Daniels radio show. I remarked that I was surprised West Jersey folk had radios. I gave out a few Troubadour CDs, thanked the other players for their sets and headed back to the Lehigh Valley.

A good day of making music.