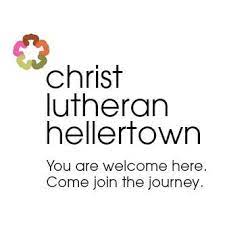 The good folks at Christ Lutheran in Hellertown have asked me to play for their first summer service for several years now, usually a salute to the graduating seniors in the congregation and for the kids. Only three kids today.

I picked out songs from three of my gospel buddies: Bruce Cockburn, Pete Seeger and John Gorka, adding on Simple Gifts at the end.

I had prepared Creation Dream as an instrumental prelude, but the pastor began with his notes, prayers, etc. When he introduced Turn, Turn, Turn and walked towards the side door, I called out that I hadn’t done the prelude, that I was going to do it, and I said flippantly, “Go ahead back to your office, I’ll do my song.” There were chuckles, and I kinda surprised myself. It was okay with Pastor Phil. I did a decent job on the song on my new SE Martin.

I then quickly went into Turn, Turn, Turn and played it strong and the congregation stepped up as well. For the Offertory, I brought out John’s Good Noise and delivered a solid gospelesque version of the song, getting the congregation to clap along on the last choruses. It sounded great, and served up some energy. I finished with Simple Gifts with the audience singing along, and then as an instrumental as folks headed out.

I hung around for a bit as some elder folks came up to say hello, share their remembrances of my past gigs, and some common friends. I headed down to the buffet in the basement, talked with Pastor Phil and some other parishioners. It was a very nice gig.