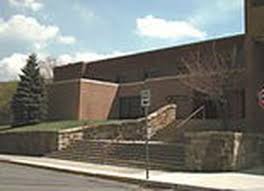 Another great session with the Big Plans group, though we only came up with one new verse. We did get to go over the two we’ve written already, and I was able to get them to start thinking about performing/acting the words a little more, be physical in our presentation.

We worked on Taste Tester.

I work all day in a Ice Cream Lab

I’m not clowning ‘round, I’m no Jester

I’m going to be a Taste Tester -MMMmmm!

My initial exploration (let’s have fun at first, and create a space) was with my bag of strange instruments: rain stick, temple bells, tinker drum, bamboo sticks, and some other weird sonic objects. We played around with them, passed them around and then we created an orchestral piece called Wild Times, an attempt at controlled chaos. The fun part was introducing the concept of silence, counting in on four, playing and ending with silence. (We then changed instruments and did it again.) It was really hard for some of the kids to not play during the silence, but that’s what we are learning in the process. Some control. It was a lot of fun to create this musical chaos – with a sense of control. This was a brand new idea for me, and I can develop this session further. It was a riot! Rich soil.

I was lucky to have Alan Silvestre, a videographer, to document the session, not only to get some promo for Doug Roysdon’s TA projects, but for Alan (a musician, too) to have some artistic fun filming the session. He ended up having a great time. We are limited to presenting the kids in profile or from behind, due to school protocols (I’m not allowed to put material on social media – that’s fine with me…). Some really good stuff happened and the kids were loose. Should be pretty cool. Hate the masks.

As we got the call that we had ten minutes til dismissal (the clock failed on us last week…), I decided to go for the scarves, and create some images for the video. We did Jelly in the Dish from the first week, and the kids were ready and familiar with the process. That made for a much better video session, dancing, tossing and trading scarves, and a final circle (a good closing ritual…) with explosion of scarves. I had a great seat for it.

The kids hustled off to meet their parents at 5 pm. Alan had a great time, Rachel, the art teacher, is great support, felt good about the very quick hour and a half session. Being an artist, ya know. Time disappears. I could do this for a living.