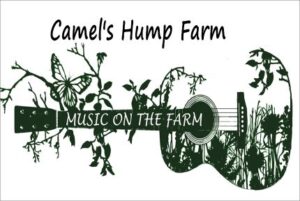 I got a relatively last minute gig for a Halloween campfire at Camel Hump Farm on Saturday night – two sets at 5  and 7 pm. There was an extra special event, a full “hunter’s full moon” on the rise. 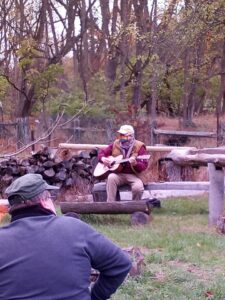 The folks on the farm set up a nice fire pit in an open field and there was a good fire started when I got there. I got out my 000-1R to tune up before the first set with only a few folks around. The bulk of the audience would be arriving at the end of walk around 5 pm. The temperature was in the mid 40’s, not too bad so far. 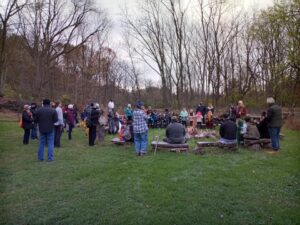 The group arrived and I started in with Peanut Butter, Tutti Tah, etc. and, with a good mix of parents and kids, the interaction was good. I found myself blanking on the second verse of Giants which showed me how out of shape my repertoire is in these Covid times. It was a good set. The adults had a really good time, and there was lots of back and forth with them. (“What’s a rhyme with witch? Careful, adults…”) I headed back to my car to regroup for the 7 pm set and review Giant on my CD player. Sheesh. 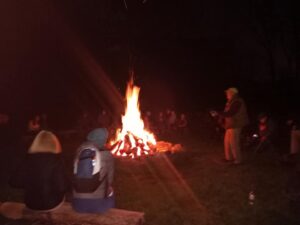 I headed down for the 7 pm set with a number of folks already sitting around the campfire. It was dark now, getting colder so I decided to start 5 minutes early. As it turns out, there were only a couple families on the walking tour, so it was a good choice. There were a bunch of teenage girls across from me and they got into the music. As I finally gathered, they were the farm interns which explained their willingness to get involved, not always a given with that age group. (I thanked Vickie, the farm’s coordinator, later for their positive energy). A smaller audience, but a good one. 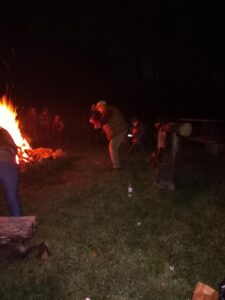 The full moon rose over a copse to my left during this set so we took some time out to let out a good, sustained howl. It gave the whole evening a special punctuation mark. Though it was colder, the fire and my standing during the performances kept me sufficiently warm, and that carried through the ride home. I got my check this time, with the amount from the truant one three months ago tacked on.

I was drained though, from the gig. Again, I’m physically out of shape performance-wise but my instincts were sharp, the chatter was entertaining. Vickie commented, before I drove off, that she simply feels good when I’m there, knowing that things will be fine. That’s nice to hear, a good way to finish the gig and drive home with that on my mind.