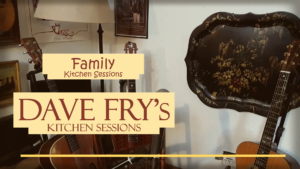 I’m still not satisfied with the production values (sound) of these online broadcasts but getting more comfortable with the content. At least, I pushed the red button this time and went on air promptly at 10:30.

I opened with Nursery Rhyme Rock, one I haven’t rally featured at all, though it’s on my I Like Peanut Butter CD. 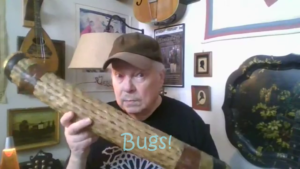 I introduced the rainstick and followed it with Tropical Vacation. It turned out to be a good exploration, linking the instrument and the song. I did Woody Guthrie’s Finger in the Air  a Capella, and it was light and fun. I did some new verses to The Cat Came Back. 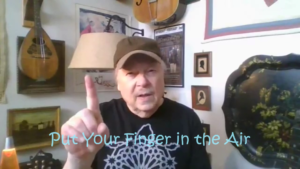 I’ve had to chose between using a mike into a small amp to my right (as in my daily Kitchen Sessions posts) and having the freedom to move (mike-less) for the performance values for kids show. The computer’s mike system is not working well, with sudden drop-outs and I tend to sing flat without the monitor. I’m hoping that my new camera (lost in Fed Ex land for several weeks) will improve both visual and audio issues. We’ll see next week.

Next up, Magic Penny and This Little Light of Mine, both on the mandolin. Both were good choices and it was nice to work up Light for the first time.

I’m having fun in the post-concert production, using the movie maker program to edit, add script to the proceedings and generally creating a more professional and education show. I’m getting better at that as I go along. 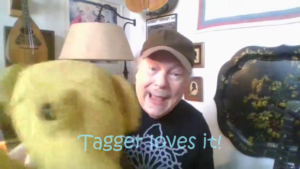 Generally, I’m pleased with where this is taking me. Still, no tips but valuable experience. Tagger’s having a great time.

We’ll see what happens on next Tuesday’s show.