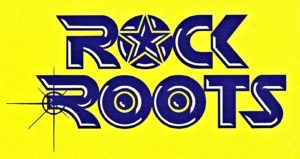 RockRoots hasn’t had a lot of gigs recently, partly because we haven’t done showcases for YANJ in years, mostly because some members of the band have insisted on getting paid for the gig. I simply can’t afford to do that, so I’ve turned down showcases up til this year. Seems the lads realized that our drought is connected to this lack of initiative. So, we were part of this showcase day in Scotch Plains, NJ with about ten other acts from the YANJ roster.

I rarely get to see the other roster artists in action and I particularly like to see other professionals do their 15 minutes. Some great movement/dancers, jugglers, storytellers, etc. are part of this organization.

Since it’s been months since we’ve done the show, and, coupled with dealing with a 12 -15 minute set restriction, I was worried about the gig. I lost some sleep the night before, trying to figure things out and ended up getting up around 5 am to collect my recollections on the show. I do suffer from some senior moments these days.

I got a call from Kevin around 8:30 this morning. Nick, our bass player, had broken down with car problems so we had to perform as a trio. Rock and roll without a bass player is not an easy thing. But, it’s what we had to do. Kevin, Wayne and I gathered our wits before the set, figured out what sections to keep and what ones to jettison, keep Wayne’s guitar simple, plow through the set with what we’ve got and hope I remember the glue to make it whole. No easy thing.

As the school ushered in a group of 2nd and 3rd graders for our three-act partition, we quickly set up our equipment off to the rear. We followed an energetic movement/dance troupe and quickly set up our two amps and drums. We were introduced as a quartet, which was immediately amusing with the three of us standing behind the emcee. And we launched.

The sound was severely lacking without the bass but with my standard ability to talk my way through the show, we managed to convey the elements we wanted to get across: African rhythms, country/R&B rhythms, 50’s snippets and Elvis, followed My Girl and disco music segments. We got the kids up and dancing, engaged the teachers and PTA reps in the audience and finished fairly strongly. I still wish that we could have presented “the sound” of a band, which is one of the strong points of what we do.

It was a lot of work and I appreciate the professionalism of Kevin and Wayne to pull this off.  I actually was impressed with my ability to recall and deliver the show. I wasn’t sure I could do it, especially under these conditions. Phew. Exhausting.