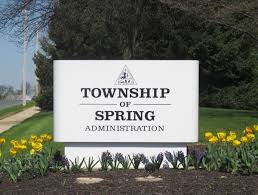 I’ve been a regular part of this family series near Sinking Spring for a couple of years, thanks to Lisa DeLozier, the Parks and Rec coordinator. It’s been moved around to several sites and tonight was supposed to be in a more neighborhood park as opposed to the rural park. Unfortunately, the weather called for showers so we moved to the council chambers in the township building. I’ve played here before but it was funny to perform in front an austere council forum with black leather chairs and microphones.

A last minute change of venue always makes it tough for attendance so tonight’s show was light but we had a critical mass of kids, parents, grandparents for good personal interactions. A father and son with his friend showed up early, and we recalled my playing for his son’s birthday a year ago. It was nice to know someone right off the bat. Folks filtered in and off we went. As I played, I tried to engage the son’s friend but succeeded only in driving the boy nuts. He went from uninterested to hanging his head to moving to the farthest part of the room to leaving the room altogether. I figured that the show was  too juvenile for his tastes and didn’t like me nudging him to get involved. I apologized to the father for perhaps pushing too hard. I had hoped to talk to the boy afterwards.

Otherwise, the small crowd warmed up quickly and we had a good time with Tutti Tah, Names to the Animals, Giants, Peanut Butter, etc. Lisa’s two-year old granddaughter Evelyn was a particular delight. She was familiar with my material, especially Bear Hunt, and she lit up when she recognized it. The whole room delighted in her joy, her dancing and her laughter. Funny how the youngest child leads us all in these situations.

During Bear Hunt (and an approaching violent thunder storm), someone’s cell phone went off with a flood alert, perfectly timed in the course of the song. So, we added “flash flood alert” to the routine and it was a hoot. Seize the moment!

We ended up with the puppets, scarves and rhythm instruments scattered all over the council chamber. I actually sold a few CDs to some folks, including a woman’s family who was a teacher at a kindergarten center near the Daniel Boone estate that I played annually for a while. It was a particularly good gig that we both remembered fondly. Evelyn’s mom purchased the Peanut Butter CD with Bear Hunt on it.

Lisa helped me pack up and load up my car now that the rain had let up. There were some fierce downpours on the way back, but I felt pretty good about the evening, though I wondered if I could have handled the young boy better.

Update: I emailed Lisa, thanking for her support in booking me consistently, and told her about my concerns with the lad. She emailed me back. Here’s her message:

“I talked to the boy while he was sitting in the hall. I asked him if he was alright, and I told him I was very sorry he didn’t enjoy the show. He nodded, and it seemed to make him feel better. As he was leaving, he waved to me and smiled which made me feel like he was okay, and possibly, a little apologetic.

I think what you did was fine – it is difficult to know how people will react or what may be going on in their lives in that moment. Also, he may never have been to an event like this, and it could have taken him by surprise. I’m glad he waved and smiled as he was leaving, he really did give the impression that he was fine, and again, maybe a bit apologetic for the way he had behaved – growing up is quite a process.

I am always happy to have you come out to Family Fun Nights – your shows have an elusive and magical quality. It’s as if this is the first time you’ve sung your songs and you help the audience to be as delighted with the songs as you are. Also, you present the attitude to your audiences that there is no place you would rather be than spending time with them and singing your songs.

I always enjoy your interaction with kids and their parents and how you so easily develop a rapport with your audience – that is quite an important gift and it is what makes your shows memorable! It is your genuine interest and respect for kids that is so evident – the kids pick up it and so do their parents.”