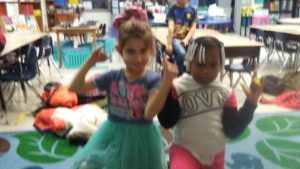 I was signed up for six Monday sessions with my K-kids over the last eight weeks and today was the last. I am glad it is over. I learned alot about my inability to sustain quality learning over this span with this particular age group. The two girls were quite bright and made me hopeful that we could do some quality work, but, for the most part, the boys were off in their own space. 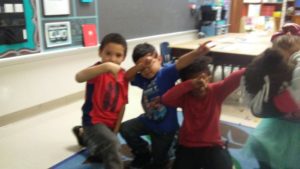 For the first couple of weeks, I was able to keep some focus with the group by bringing in new instruments and songs; the novelty of the process was strong in keeping the kids in tow. But, the freshness wore off and the kids began to treat the time as play-time, with the boys rolling around on the floor, spending time with the puppets and instruments on their own and disregarding any form of guidance from my part. I became a babysitter for 70 minutes. 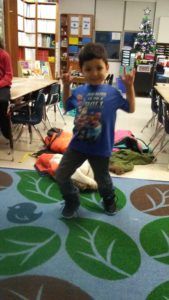 Today, I asked which playsongs they remembered so we did Bear Hunt, Jelly in the Dish and a few others. I tried to review other material but nothing worked – I basically had to get them up dancing since any meaningful educational floor work was out the door. The scarves worked for a bit but then they went off on their own making up costumes, etc. That was fine but there was no music involved – too much chaos. 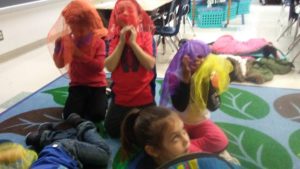 I had no support from the school in the classroom after the first week so I was on my own. Any meaningful authority I had with the kids was gone after the third week, partly because of the fact that these were kids in their first semester in a brand new social/school situation. I have no idea about their family situations, either. I’m sure there are other cultural gaps in my work. 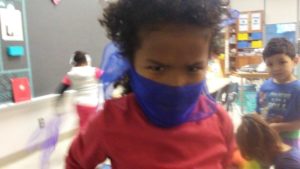 At the end, I gave them all CDs of my kids stuff, knowing full well that they probably had no way of listening to them. I asked them what they liked and they came up with puppets, the music, dancing and that’s about it. My job was to supply fun, and, I guess, that’s what I did. I had hoped for more.

I got paid well for the series and I’m glad for the opportunity like this one to hone my craft in the field. Sometimes, I’m just not as good as I thought should be. It was a tough job and wish I had more control over the situation.