This nice email popped up this morning in my mailbox. Pretty cool.

My name is Jacob Boyer. You may not remember me by name, but I’m sure you remember my Mom, Wendy Bonsall, as the teacher who always tries to book you for assembly performances at Hopewell Elementary School (previously Lower Milford) or the woman who always tells you the story of how she had the Baby Shark song performed at her wedding (her father-in-law clad in a shark costume her husband would later wear for assembly performances and her then 8th grade son – yours truly – performing poorly).

I just wanted to take the time to write to you today because, as you’re aware, PBS 39 recently approached you to do a piece on your listening room, Godfrey Daniels, on their weekly program “Let’s Go!”. You might not be aware, however, that that same kid who performed the Baby Shark song at his Mom’s wedding, and enjoyed your music for years before that during long trips in the car would be the same kid who would grow up to edit that video for the show. 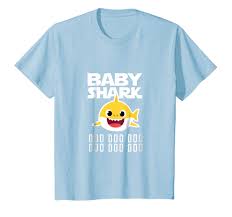 I’ve grown out of a lot of things I used to enjoy immensely when I was younger, but I would still smile whenever I’d hear my Mom playing one of your CDs for my younger sister (going on 7 in two weeks). As far as I know, my Mom still makes an effort to take her to any concert she can (I tag along when possible, but now that I’m grown and moved out, that’s a little infrequent). Point being, when I was asked to work on the Godfrey Daniels piece, I had no clue what the listening room was, that you had any involvement in it, or that it even existed, but when I sifted through the footage to put together the video and I found your interview, I smiled and thought, “Oh, this will be a cool story to tell my Mom; her favorite singer is going to be on her son’s show,” When I heard you play your song about Pete Seeger, I was blown away. I don’t consider myself a fan of folk music (my girlfriend lives by Johnny Cash and modern acts like the Avett Brothers and Mumford and Sons, so I listen to a fair dosage here and there), but I found your music to be incredibly moving and beautiful, and I was amazed to have found a renewed interest in your work.

Either way, I hope you enjoy the video I put together for your listening room. I very much enjoyed making it.All of this is to say, thank you for broadening my horizons a tad. I hope to bring my girlfriend (soon to be fiance) to one of your shows at the listening room sometime in the future so she can experience a little part of myself I either didn’t know existed or remembered again from when I was younger. And who knows? Maybe our children will grow up with memories of Baby Shark, Bear Hunts, and Cats Coming Back.