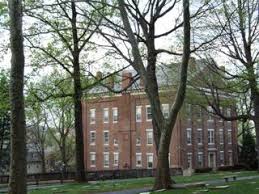 It’s been a while since I’ve done this end-of-the-year assembly for the kids at the private school on the Northside of Bethlehem. And that turns out to be okay. There were a lot of new faces in the faculty and the kids, and my show has (apparently) some new wrinkles so there were lots of good moments in a show that I’ve crafted.

I did The Cat Came Back and the 5th graders jumped on it right away, leading the rest of the younger kids to join in immediately. I picked out one kid who was somewhat bored with the “kids” stuff I was doing to play Thunder Tube and he turned out to be a wonderful foil during Giants. All Around the Kitchen had the kids up, dancing and singing and I was disappointed that I had to close the show earlier than I had wanted. Even the older security gent who chased me down as I drove into the parking lot hung around for the show and complimented my energy. And that’s the beauty of what I do – teachers, kids, school secretaries and security guards have a good time.

A great gig a mile from home. Yo!